Skip to content | Go to main menu | Skip to search

From the building of museum cross the street and go to the Wenceslas Square (Václavské náměstí)  with the dominant statue of St. Václav riding a horse. Go down from the museum across the square. Here you can see a large number of restaurants and shops. Approximately in the middle of the square there is the metro station A and B Můstek and the tram restaurant. Continue to the end of the square and enter Na Můstku street. The street ends at an intersection with Rytířská street. There is a tourist information center. Go through the intersection and continue straight on along Melantrichova street to the Old Town Square.

You will reach one of the historically most interesting parts of Prague. The Old Town Hall Building with the Astronomical Clock and the Old Town Square (Staroměstské náměstí). After visiting the square and all its interesting places go back to the Astronomical clock and continue in the direction from the square to the Malé (small) Square. Go straight across the small square to the Karlova street, which will lead you all the way to the Karlův (Charles) bridge. At the Karlův Bridge we recommend using the opportunity to visit the bridge's towers. Walk across the Karlův Bridge to the other side of the river to Mostecká street, which will lead you to Malostranské Square.

Go straight across the square to the St. Mikuláš church. From there, turn slightly right to Zámecká street. At the end of the street in front of the Red Cross building, turn left in Thunovská street. There you will find Zámecké stairs which will get you to the Prague Castle. If for any reason the stairs would be a obstacle for you, at the end of Malostranské Square instead of turning to Zámecká street turn left to Nerudova street. Go along the Nerudova street till you reach a restaurant and the castle walls on your right. Here turn sharplz right to the U Hradu street, which will also lead you to the Prague Castle.

Here you can walk along Hradčany Square full of historic buildings and palaces. There are several restaurants and exhibitions. Then go through the main gate of Prague Castle to the courtyard and continue through the archway to the inner courtyard in front of the Cathedral of St. Vít. After visiting the cathedral proceed further past the cathedral to the square behind it. From there take the only path leading to the back gate of the Prague Castle. After a few hundred meters turn left to the entrance to Zlatá ulička. The entrance to the alley is charged. Tickets are purchased at the office opposite the entrance turnstiles. You can walk down the aisle either directly through the inside of the houses, which offer interesting exhibitions included in the admission price , or just walk down the aisle to the exit from the castle. If you do not want to visit the Golden Lane for any reason, or if it is closed, you can get to the back gate using the same street you used to leave the cathedral.

Exit the Prague Castle through the back gate. There are beautiful views of Prague and the surrounding gardens. Then walk down the castle stairs to the road where you turn right and continue along the road to the metro station A Malostranska. The entrance to the metro station is located in the courtyard of Wallenstein Riding School. Here our trip ends.

If you have enough time and energy you can extend your trip around the Wallenstein Riding School Street back to Malostranské Square under the Prague Castle and then go back in the opposite direction of the route.

Note: Details of the route will be displayed by clicking on the icon. 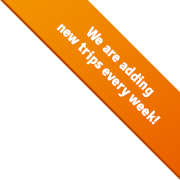